Mahas started its journey in Merlimau, Melaka. After having 3 years of working experience in other curry power manufacturing company, our Managing Director, Datuk R.Supramaniam decided to start his own business in 1981. At the beginning of this business was established, it was started in a small shop lot in Merlimau, Melaka and there were only 3 staff working with Datuk R.Supramaniam. No sales executives at that particular time, he had personally done all the production works and direct marketing activities using his small van, all by himself.

All hard works pay off and he managed to shift his business to an industrial area in Merlimau after 10 years full of determination and strength. Mahas began to gain a foothold in the industry when more and more local vendors started to get raw materials supplies from Mahas. At this point, Datuk R.Supramaniam also started to improve his skills in marketing and it led to increased sales as well as customer satisfaction. In 2012, Mahas was booming and Datuk R.Supramaniam decided to import raw materials from the countries of origin which supplies only high quality goods and Mahas started to gain buyers’ trust by providing high quality products. 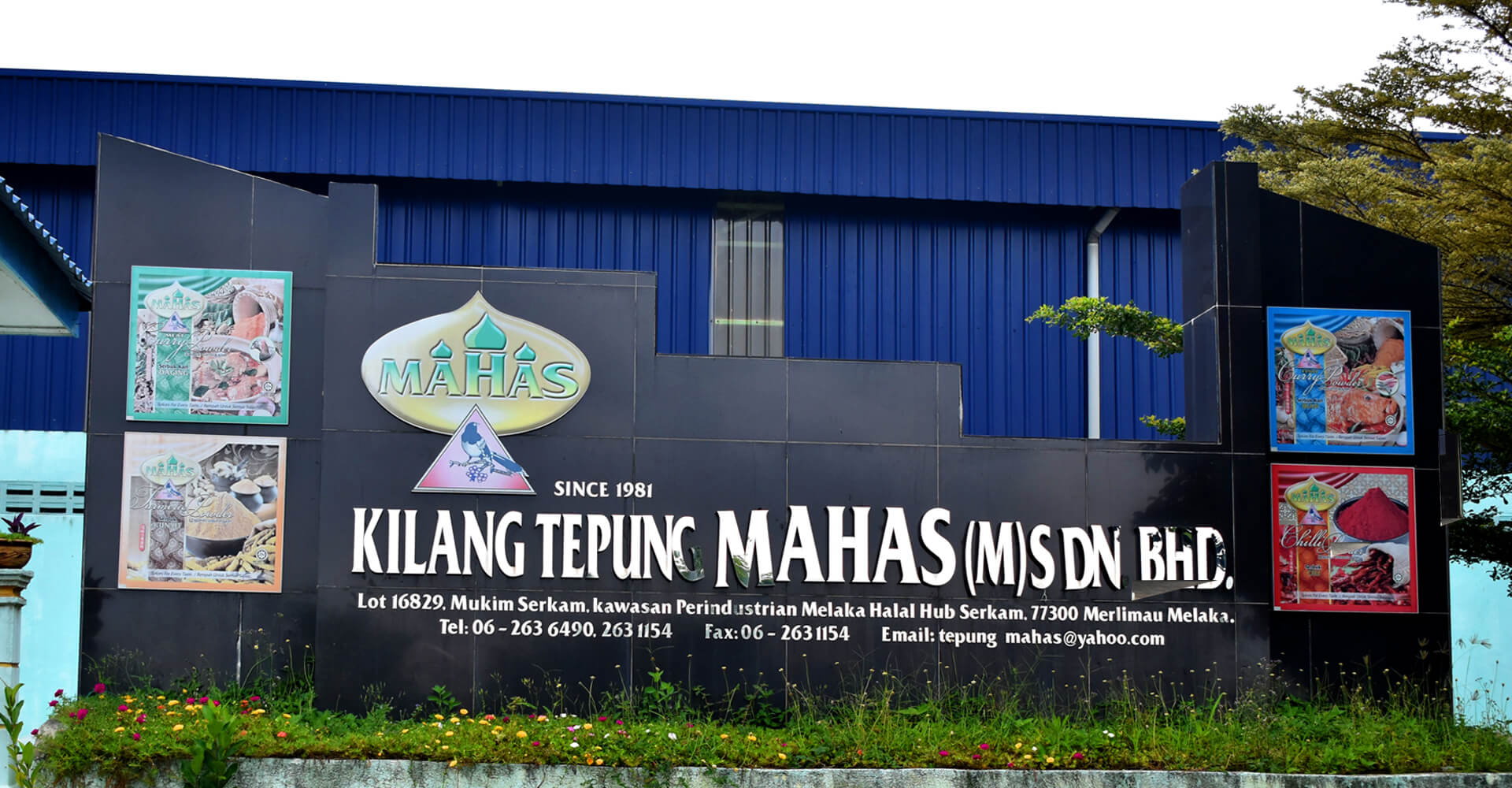 The company was incorporated in the year 1981 under the name “KILANG TEPUNG MAHAMARIAMAN” and was renamed as “KILANG TEPUNG MAHAS (M) SDN BHD” in the year 2004. The company was founded by DATUK R.SUPRAMANIAM DPSM., DSM.,JP. During the period 1981, initially he opened a small rental shop in Bandar Merlimau Melaka and started producing different type of curry powders. He also traded some spices there for almost ten years.  He come across a lot of struggle during his business journey. Then he moderately expanded his business and moved to the Merlimau Industrial Estate in 1991.

The company also have Halal Certificate for its products. By the grace of God the company developed widely and moved to a new business area in Halal Hub Serkam, Melaka in the year 2019. The office and production plant of the company are based in Halal Hub Melaka Serkam with an area of ​​2.9 acres.

Datin F. Thanapakiyam, life partner and also the director of the company who is always supportable and stand with him for all his success.

The main objective of KILANG TEPUNG MAHAS (M) SDN BHD is to produce curry powder for customers with good quality and hygienic. Therefore, the company was importing 80% of each raw materials for “MAHAS” products from its Origin Countries. Company also good in trading all kind of spices. The company aim is “MAHAS” products always be a national’s favorite and standard curry powder.
Kilang Tepung Mahas (M) Sdn Bhd © 2021 All Rights Reserved